A four-part interview series with Steve Quayle and Mike Adams

You can watch all four episodes for free and download the printable PDF transcript as well as MP3 audio files by registering here:

The criminal Biden regime is thrusting America into a state of total collapse -- supply chain failures, skyrocketing inflation, mass money printing and economic catastrophe -- while sowing hatred and division among the population.

Soon, an engineered cyber attack will target America's financial infrastructure and regional power grid operators. The result will be near-instant chaos in and around America's blue cities.

Within days, America will descend into an active battlefield operating under declared martial law. Supplies will be cut off (fuel, food, medicine, electricity) and financial transactional failures will leave the vast majority of the American people unable to purchase supplies or even cash a paycheck.

This is all being done on purpose. It's part of the globalist plan to defeat America, depopulate the continent and take down the last bastion of freedom against tyranny.

Steve Quayle and Mike Adams have known this plan was coming for many years, and in this four-part interview series, they reveal their most up-to-date predictions and warnings about the imminent takedown of America and what it will take to survive as demon-infested globalists declare war on the entire human race. 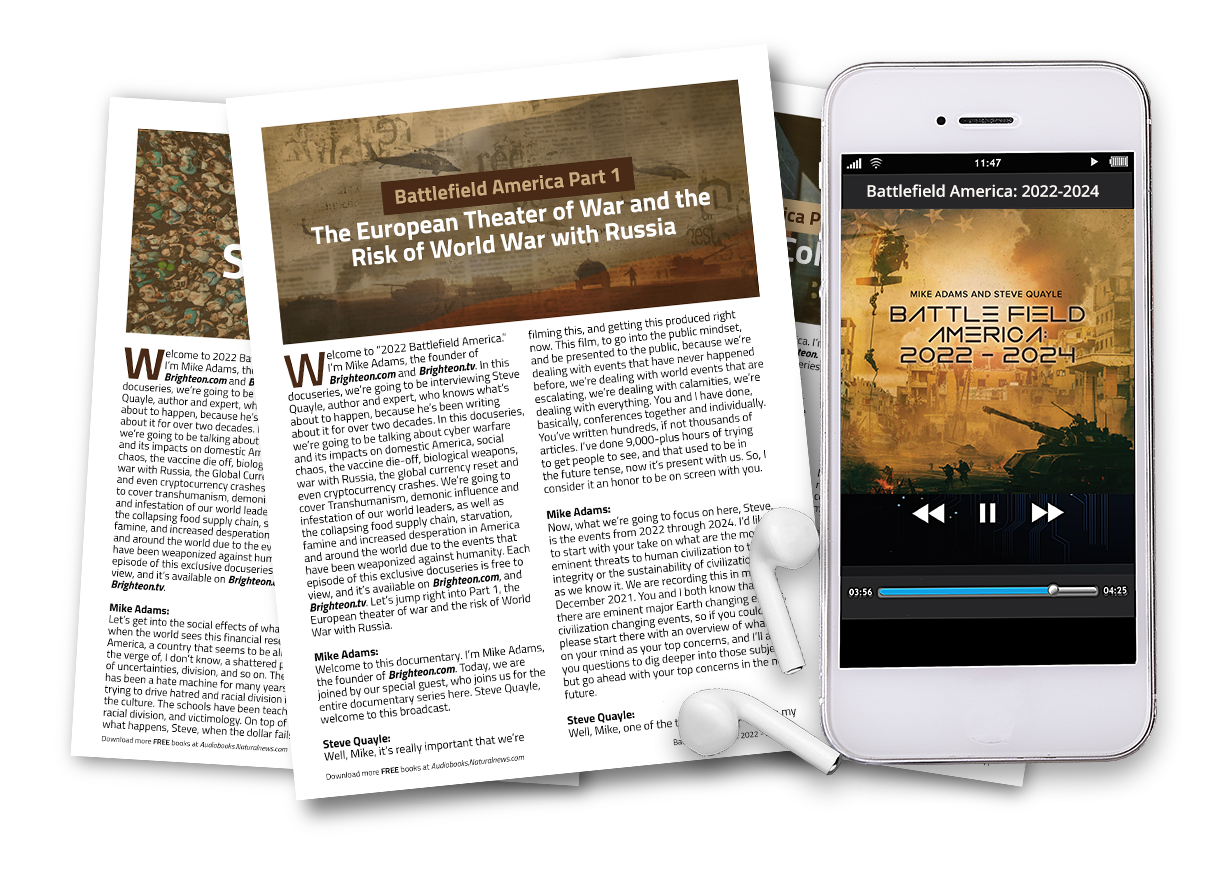 You can watch all four episodes for free and download the printable PDF transcript as well as MP3 audio files by registering here:

With your registration, you will be subscribed to the free NaturalNews.com email newsletter from Mike Adams, bringing you a daily email with all the breaking news of the day, plus announcements of additional audiobooks, documentaries and interviews. You can easily unsubscribe at any time with one click. 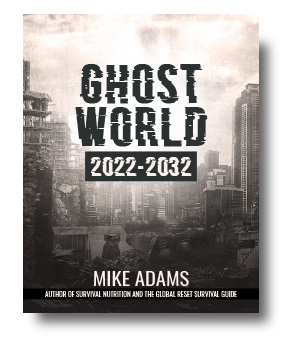 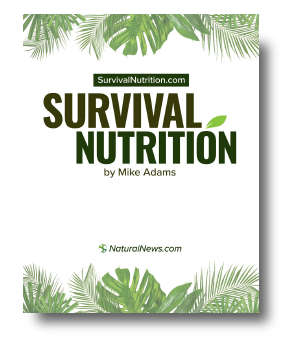 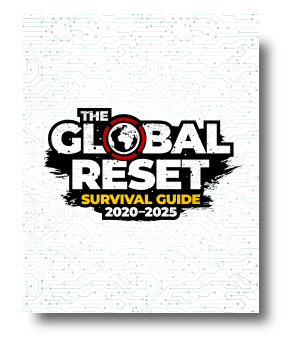 Our world is being transformed into a Ghost World due to vaccine bioweapons causing mass death over the next decade... here's how to survive the global collapse that may see HALF the human beings on planet Earth EXTERMINATED.

How to strategically use foods, nutrients, herbs and chemical compounds stay alive and healthy during any collapse. FREE, FULL DOWNLOAD of the complete audio book: 8 hours of MP3 files + 1 PDF transcription and reference guide.

A “GLOBAL RESET” Is now under way that aims to eliminate 90% of the human population on planet earth... Here’s what’s coming and how to keep yourself alive.